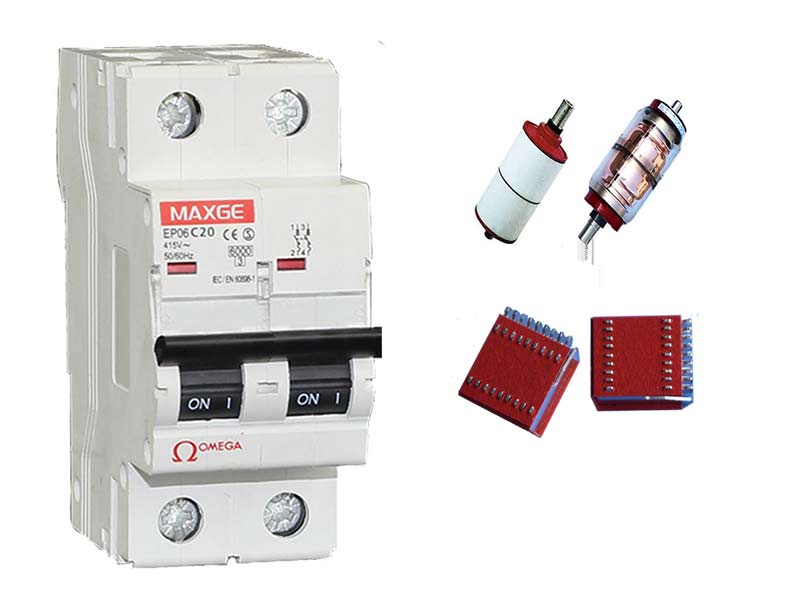 Firstly, there are four main types of arc extinguishing methods:

1. Mechanical extinguishing: the arc can be stretched rapidly through the limit device. This method is mostly used in switching appliances.

(longitudinal seam) 3, narrow gap arc extinguishing method: in under the action of magnetic field formed by electric arc, arc can make the stretch and into the arcing cover of the narrow seam (vertical), some of the longitudinal seam arc can be divided into fragments and in contact with the solid medium, arc quickly extinguished. This structure is mostly used for ac contactors.

4, grid arc extinguishing method: when contact separated, resulting in under the action of electric arc is pushed into a set of metal gate films and is divided into fragments, each other insulated metal gate electrodes of each piece is the equivalent of a, so there are many extreme pressure drop of Yin and Yang. For the ac arc, near the cathode, a 150V ~ 250V medium intensity will appear at the arc of the arc, so that the arc cannot be maintained. Since the arc effect is much stronger than the dc, the ac appliances often use the grid to extinguish the arc.

These methods are mainly aimed at some low-voltage circuit-breakers. To understand the reasons for the use of these methods, it is necessary to clear out the principle of the circuit breaker’s arc extinguishing. The following are discussed for some commonly used circuit breakers.

In a vacuum circuit breaker, a vacuum arc is generated due to the presence of capacitance between the two contacts and the insulation breakdown between the contacts. Because of the shape and structure of the stylus, the vacuum arc column is rapidly diffused to the vacuum area outside the cylinder. When the current of the broken current is near zero, the temperature and pressure of the electric arc of the contact between the contact is sharply decreased, so that the arc cannot continue to be extinguished. After the electric arc extinguish, the vacuum clearance between the two contacts quickly recovers. At the same time, the contact between the head also reaches a certain distance, can withstand high recovery voltage. Therefore, the general electric current is at zero, the arc will not be broken. That’s how it dies.

The principle of arc extinguishing of high pressure drop fuse

We all know that in the case of high voltage large current, switch to arcing often use more complex methods and structure, and the high pressure drop type fuse is only need a simple hose can smoothly and good implementation arcing, the main reason is: first, high pressure drop fuse current is not very big. The arc produced is not very large. Second, it USES air to extinguish the arc. It’s kind of like an open arc principle. It’s just a different structure.

The above is a summary of the principle and method of circuit breaker arc extinguishing.